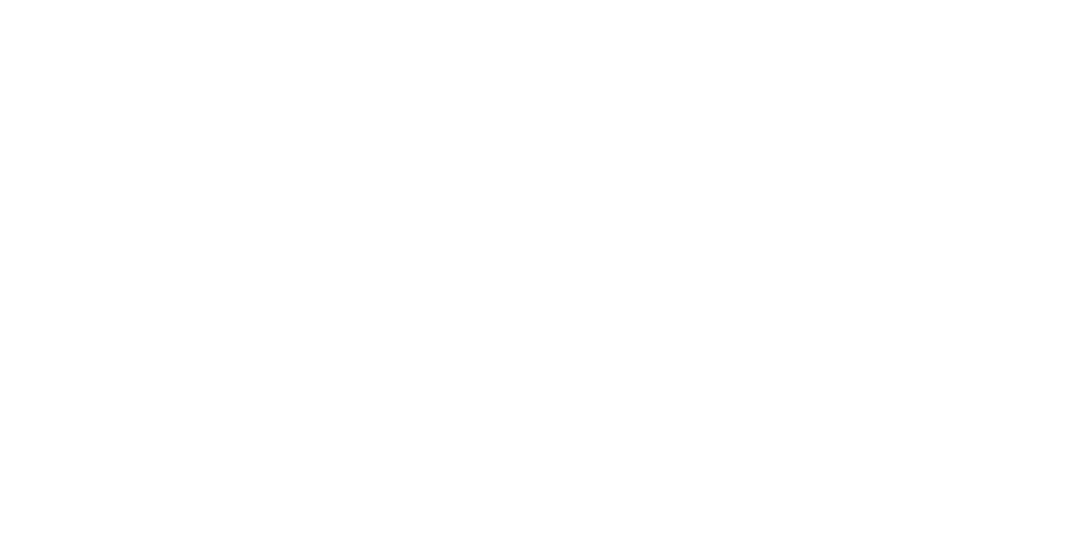 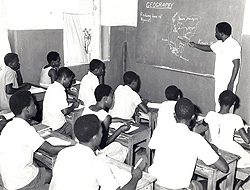 Four Deaf Individuals That Made A Positive Impact

In honor of Deaf History Month we are excited to highlight four deaf individuals who have contributed to society here in America and have influenced the world. Let’s start with a man well known in the Deaf community, and for good reason. 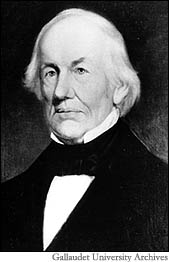 He was born in France on December 26, 1785. When Laurent was only one year old, he fell into a fire which is believed to be the cause of his deafness and to blame for the loss of his sense of smell. Clerc was badly burned on the right side of his face which resulted in scarring that he had his entire life. Interestingly enough, his sign name was based on the scar on his face!

If you subscribe to our emails, (If you don’t, what are you waiting for?! Sign up for them here!) you’ve noticed that we’ve talked a few times about Laurent Clerc recently. We also have some helpful information in our blog post that focused on three significant events in history to the deaf community, read that here.

Clerc could be viewed as one of the fathers of deaf education here in the United States.  This is ironic since the man was born and raised in France! Hopefully you recall from our last blog post that Thomas Galluadet was studying abroad to learn methods for teaching the deaf, and was impressed with Laurent Clerc who was a deaf head teacher at the institution in Paris. Gallaudet convinced Clerc to come to America and start the first permanent school for the deaf in Hartford, Connecticut. In 1816, while on their sailing voyage from France to the U.S., Clerc taught Gallaudet sign language and Clerc learned English.

Laurent Clerc had no intention of staying long in the United States, but he ended up marrying Eliza Crocker Boardman in 1819, they had six children together and made a life in America.  He was a dedicated teacher and taught most of his life until he retired in 1858.

Laurent also helped found other schools in America for deaf children. He impacted the lives of generations by giving others the power of education and the possibility of a better future.  Clerc died on July 18, 1869 in the United States leaving behind a legacy. 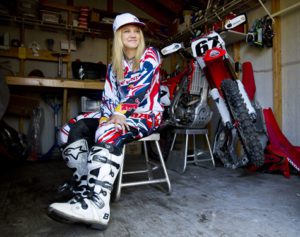 We love all things fast and exciting, so we had to include this deaf woman who took the world by storm with her speed and skill in motocross! Not only is she an inspiration for deaf people everywhere, she paved the way for women in a male dominated sport.

Ashley Fiolek was born deaf on October 22, 1990 in Dearborn, Michigan. When her parents discovered that she was deaf, they started on their journey to learn American Sign language and surrounded themselves with Deaf adults and families who also had deaf children. When she was elementary aged, her family moved to St. Augustine, Florida so that Ashlely could attend the Florida School for the Deaf and Blind. When it was time to enter high school Fiolek’s parents decided to homeschool her.  She grew up riding dirt bikes and had the opportunity to practice and train daily on the mile long track her dad built in her backyard.

Ashley turned pro at seventeen years old and won the Women’s Motocross Association championship the following year.  She won the WMA championship the year after that as well! In 2008, she was the first female motocross racer to make the cover of TransWorld Motocross magazine.

In 2009, she became the first woman to be signed to the American Honda Racing factory team! Fiolek went on to win the gold medal at the X Games two years in a row.  She was not only the X Games’ first deaf medalist, she was also the youngest-ever Women’s Motocross Association champion.

When Ashley left the professional racing scene in 2012, she became a motorcycle stunt driver and later began her own riding schools. 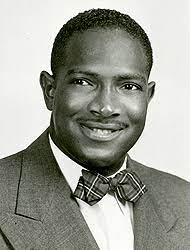 This man is known as “The Father of Deaf Education in Africa” for all of his accomplishments and commitment to bring education to the deaf children in that country.  This was after he forged his way to receive his own education as a black deaf American, in a time where equality was nonexistent.

Andrew was born hearing on June 27, 1925 in Ensley, Alabama. When he was eleven years old he contracted spinal meningitis and became deaf. While Foster was a child, education for African Americans was limited up to sixth grade and racial segregation was still in effect. In order to continue his education, he moved to his aunt’s home in Michigan and attended the school for the Deaf in Michigan until 8th grade.

Foster took night classes and courses while working in Chicago and Detroit. In 1950 he received a diploma in accountancy and business administration from the Detroit Institute of Commerce, and then his high school diploma in 1951 at the age of 26.

In the same year, Andrew was accepted to Gallaudet University with a full scholarship.  This was no small feat after being rejected over and over because he was black. He graduated with a degree in education.  He then continued on to earn two master’s degrees at other universities; one in education and the other in Christian Mission.

Foster became a missionary and later established what is know today as the Christian Mission for the Deaf. In 1957, he arrived in Africa where there were very little schools for the deaf on the ENTIRE continent. Many countries in Africa did not have a single school for children who were deaf. He established a permanent residential school in Ghana, established Nigeria’s first deaf school, as well as Liberia’s first school for the deaf.

In 1961, Andrew Foster married his German wife and they had five children together. With his wife Berta’s help, they established another 29 schools in Africa! Foster impacted so many lives of deaf people in Africa and in America. Due to his efforts, the only university for deaf people (Galluadet), accepted students who had been educated at Foster’s schools in Africa. Many who were educated at Galluadet, went back to Africa to improve the schools, education, and opportunities for Africans who were deaf and affected generations to come.

Foster passed away in December 1987 in a plane crash in Africa, but his legacy lives on. The Christian Mission for the Deaf is still around creating more schools and centers for deaf people in Africa. 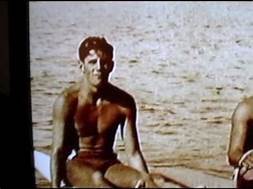 Who would have ever expected that one of the world’s greatest marine lifeguards would be deaf? This man protected those who came to the beaches of Galveston, Texas and swam in the treacherous Gulf. He is someone to be celebrated!

Colombo was born in Galveston, Texas on December 23, 1905 into an Italian-American immigrant family. He became deaf at seven years old as a result of spinal meningitis. Initially, Leroy’s illness caused him to be paralyzed from the waist down.  His brothers took him swimming every day, assisted him as he learned to walk again, and within a year he was walking on his own.

Leroy struggled at his local elementary school due to the lack of  accommodations and services for the deaf and hard of hearing at that time.  At the age of ten, his family decided to send him to the Texas School for the Deaf in Austin. There he learned American Sign Language and became immersed in Deaf culture. He made life time friends and excelled. Eventually, he found himself back at Galveston and lived and breathed the beach life.

In 1917, he saved his first life at only twelve years old on the beaches of Galveston! Colombo went on to join the prestigious lifeguard club, and made over 900 rescues in his life time. Not only was this man an incredible lifeguard, he was also a salt-water sea racer, diver, and was a skilled surfer.

Leroy was an exceptionally strong swimmer and had an intimate knowledge of the Gulf. He knew the sand bars, currents, weather changes, and had a keen sense when something was not right and swimmers were in trouble.  Due to the lack of sense of hearing, his other senses were heightened. He was not distracted by the noise of the crowds on the beach, and would constantly scan the water for any signs of distress.

Many times he would rescue multiple individuals in a short amount of time. This was often due to well intending loved ones attempting to help in the rescue, and getting in trouble swimming themselves. This lead to Leroy having to save the original victim as well as the others who got in the water to help.

There are hundreds of recorded life saving rescues, but one of the most heroic was on March 13, 1928 when Leroy was twenty-three years old. He saved two men from a sinking tugboat that had collided with a large barge full of oil. The collision caused an explosion and fire, but that did not stop him. On another occasion he saved 19 people in one day! This was due to overwhelming crowds at the beach as soldiers were being shipped out during World War II.

Leroy Colombo went down in history for his heroic efforts; he was even in the Guinness Book of World Records for saving 907 lives! According to his friends and family there were many more lives he saved that were not counted in that number!

Even after Colombo’s passing on July 12, 1974, the people of Galveston still honor his life and accomplishments. There is a plaque on the beach along with awards and metals in several museums. 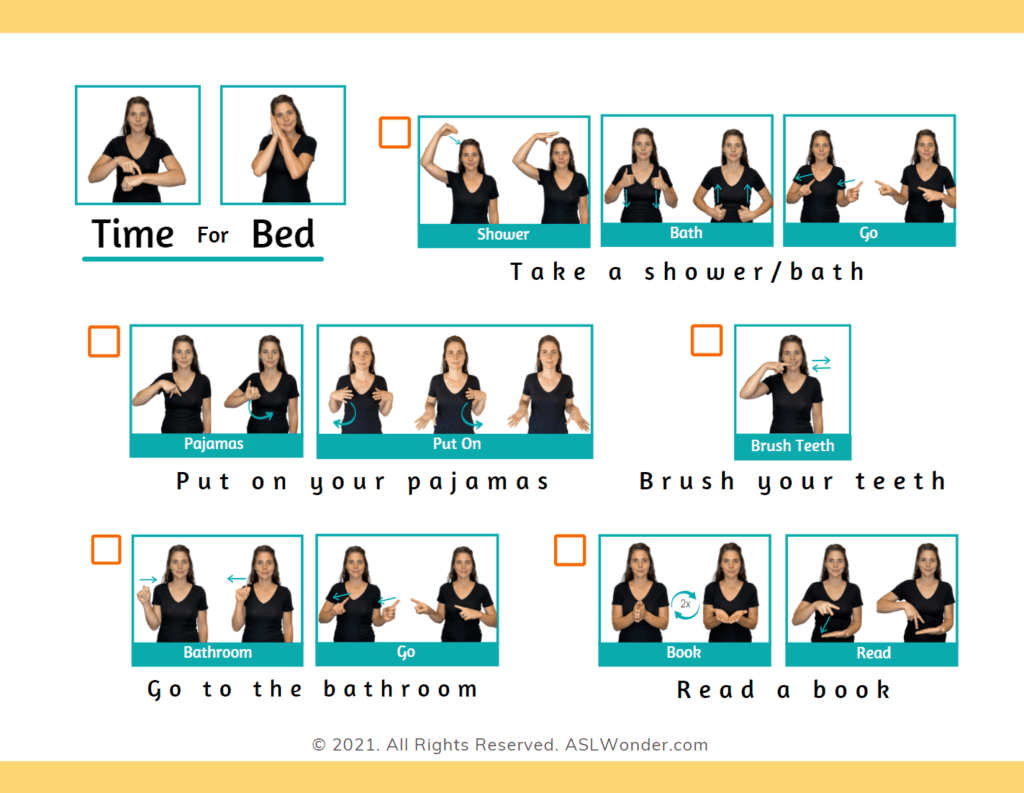 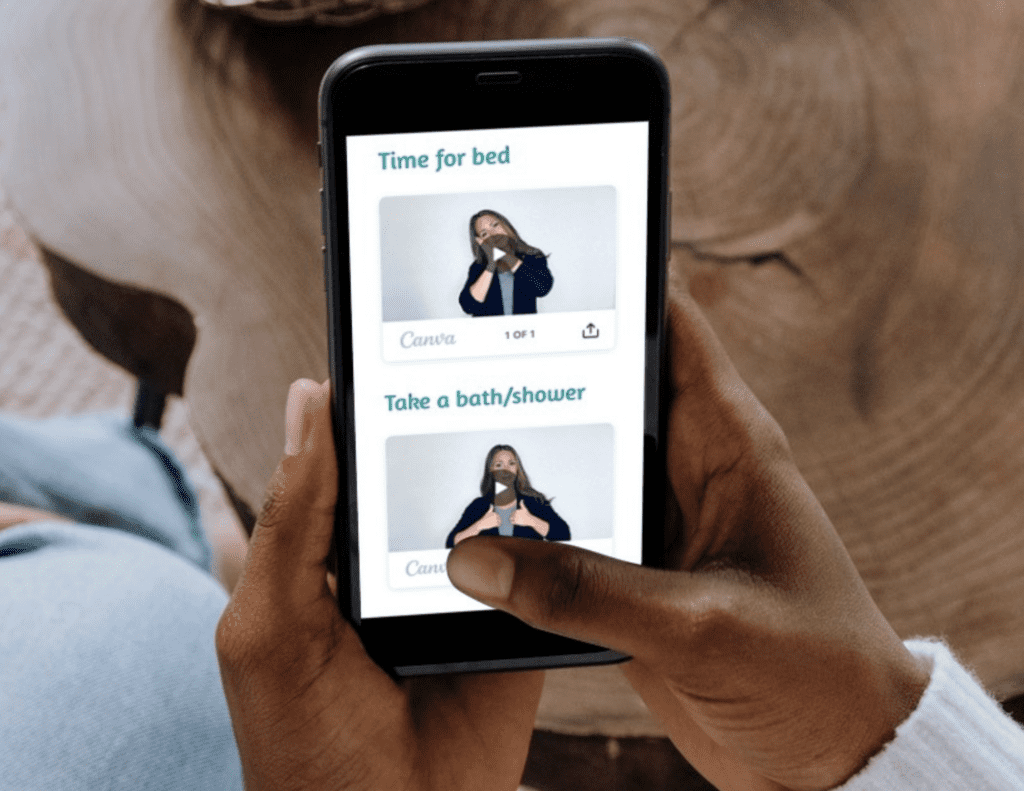 Thank you for joining our email list! We can’t wait to guide you and your family along your ASL journey. We promise to keep your email address private. 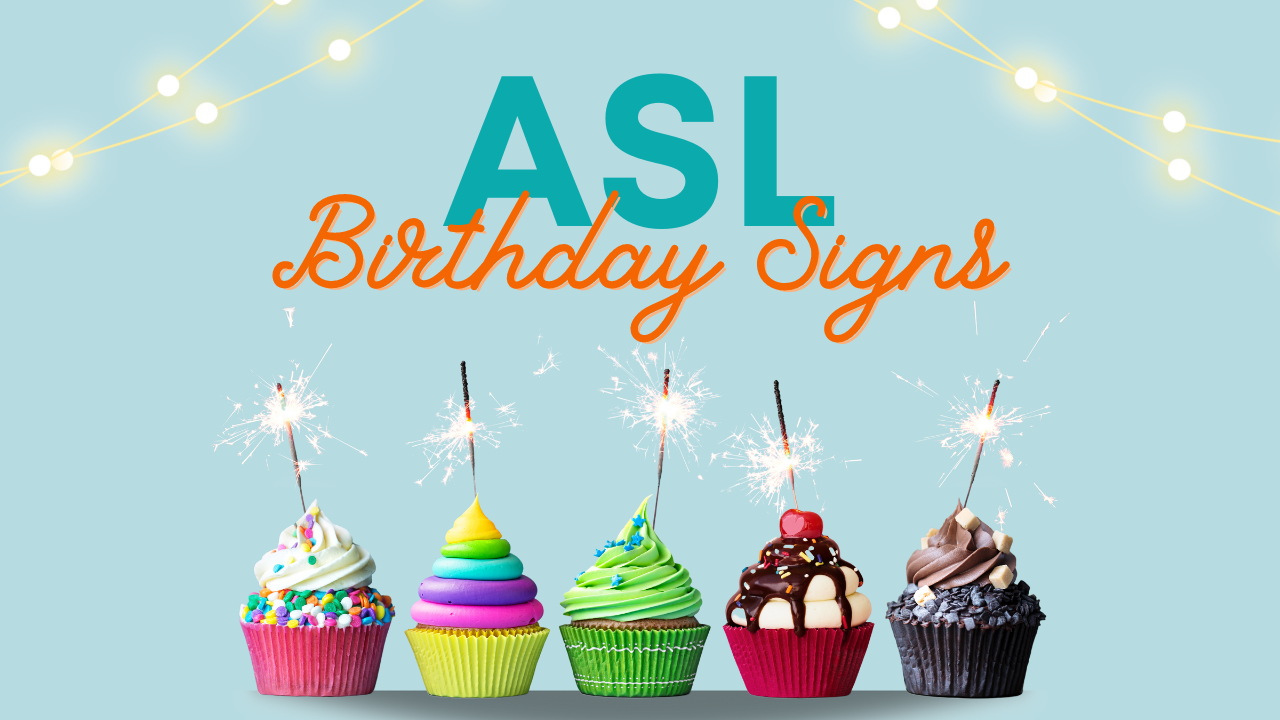 Every year without fail our birthdays roll around, and even though it means we’re one year older and have a few more wrinkles, we still 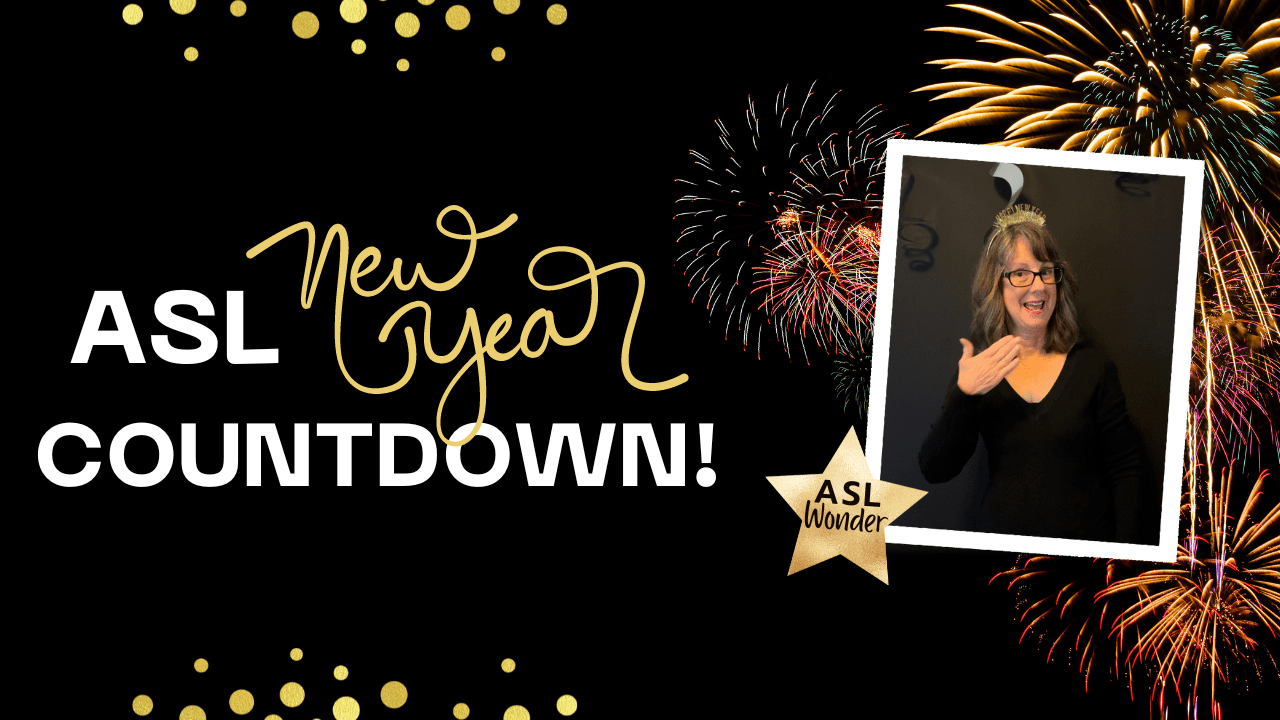 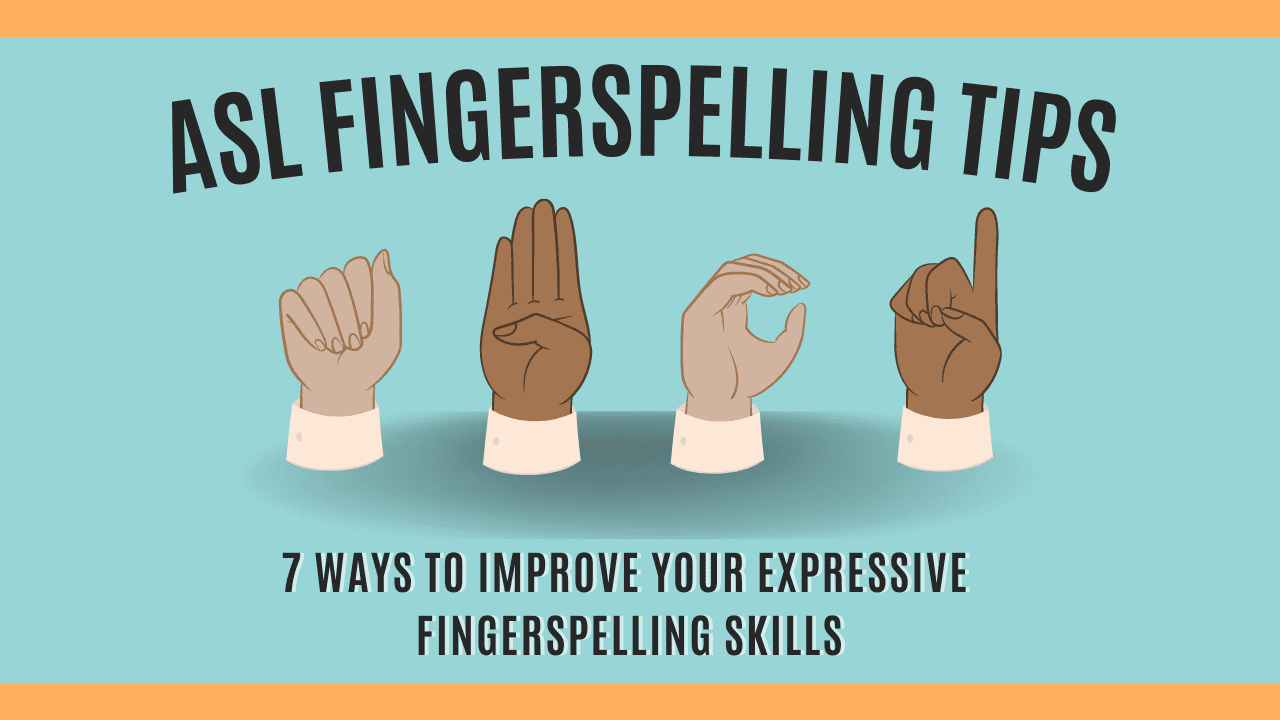 Tips to help with ASL Fingerspelling

Seven ways to Improve Your Expressive Fingerspelling Skills Over the years, we have observed that the one of the biggest hang ups that people have

Thank you for joining our email list! We can’t wait to guide you and your family along your ASL journey. We promise to keep your email address private.

This site uses cookies – small text files that allow personalization of your experience on our site. Learn more HERE. By accessing this site you agree to the use of cookies.